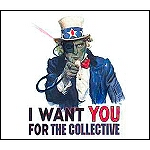 Real Riggs, Light of the Night

I want to start by saying that i respect all the work put in by anyone and if ever you feel like i might of disrespected your work in any way i apoligize and feel free to let me know thru my talk page and we can come to a civilized solution.

Spectre of the Gun was the first Star Trek episode that i ever watched. I was about 5 or 6 years old, not knowing at that moment that it was a Trek show, i just stayed glued to the TV screen until the end...Growing up i never went for the SCi-Fi genre, i instead when deep into gangs and rap music, It would be about 10 years before i would come across another Trek show, i would sometimes come across TNG but i would turn the TV off. I was 16 when my girlfriend gave birth to my daughter, funny thing his i remember Voyager playing on the waiting room television, i can't recall the episode but i remember so clearly watching Captain Janeway and hoping my daughter would follow that kind of path in her life and that she would grow to be a strong women.... Thus she was baptizied Jane in honor of Janeway. I would then be another 7 years before i got back into Star Trek, rather a funny story, after suffering a back injury a was layed out on my couch when i fell a sleep in fornt of the TV, when i woke up; this english bald men was shouthing orders....So i tried to reach for the controller but i could not reach it, the pain in my back didn't allow me to get up and walk to it, so i just layed their watching Picard in what would turn out to be one of my favorite episodes; The Best of Both Worlds; anyhow i got so tangled into the episode that i had to find out more...And so i was hooked; in less than a year i would go thru every episode, movie, video game, book, reference guide, special programs, Youtube tributes and anything Trek related, i started collecting images of Star Trek and now have 5653 photos on my PC. And that's about it, i now live a very peacefull life and enjoy sharing Trek with anyone.

Retrieved from "https://memory-beta.fandom.com/wiki/User:Captain_riggs?oldid=603340"
Community content is available under CC-BY-SA unless otherwise noted.