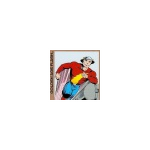 If you have any questions, please feel free to post them in a member's talk page or the community portal. Thanks, and once again, welcome to Memory Beta! --The doctor 22:29, 19 September 2006 (UTC)

Hello, just letting you know that the history section which talks about Remus being named after the godbrothers is also from Vulcan's Soul Exiles book. I added it at the second paragraph because I didnt want to list the citation twice. -- Darth Batrus 11:54, 2 January 2007 (UTC)

Hey Tim... do NOT come to my talk page and accuse me of creating "work" for you because I'm rereading books, collecting references, composing articles, and leaving for you the arduous task of typing [[Category:Whatever]]. I'm certainly not forcing you to add categories -- as you've noticed, I don't care if they're there or notrite do anything -- nor am I preventing you from writing actual articles. You make your own choices as to how valuable you want to be to the wiki. --Seventy 02:34, 26 August 2007 (UTC)

Dude, I am not accusing you of anything. It's a patently obvious fact. I get that you don't care about categories, but it is a standard of the wiki. A lot of people actually USE the categories to find related articles. Every article needs them, and by not including them yourself, you are making people come behind you and waste valuable time by doing something you should be considerate enough to do in the first place. --TimPendragon 02:45, 26 August 2007 (UTC)

Hi: since you, me, and Capt. Savar are Marylanders... would you be interested in a Maryland M-B meetup? maybe find other people who might be interested in Maryland, DC, Virginia? Perhaps we could meet close to a metro (Union Station is an option)... just a thought. I know that with the holiday(s) coming it may not work out now, but what do you think?--User:Locutus77

Ok, no worries. Just a thought I had.--User:Locutus77

You evil opportunist! How DARE you stab Mike in the back like that for the sake of your own amusement! I make you this promise, should anything happen to him as a result of your betrayal there will be no place you can run to, no place you can hide, where you will not be found and dragged out kicking and screaming. And there will be no mercy for you, as you have shown none to Mike's situation.

Hi Tim, considering AdmiralYamakawa's recent threatening comments on your talk page and after reading the contents of the second email, I have had no option but to ban him from the wiki for the maximum time available, one year. --The Doctor 12:27, 27 January 2009 (UTC)

Thanks, Doc. It's not that I'm worried about him finding me in real life or anything remotely like that, but his harassment was definitely crossing the line and becoming highly disruptive. The guy is clearly unstable, to say the least. --TimPendragon 17:08, 27 January 2009 (UTC)

Hey, could you give him some updates -- some of his edits have had to be reverted for the usual nonsensical reasons and I doubt he'd react well if I addressed him directly. He has been doing pretty well lately but three users have had to revert him in the past day and a half, which indicates he's losing grip again.

Regardless of whether or not you're interested in addressing this now, I really do appreciate your approach on the situation previously -- the commas made a big difference! -- Captain MKB 00:18, 9 February 2009 (UTC)

No, I will not over-react. I fully understand the re-edits and haven't, as you see, taken it personally.

I read about the commas. And Tim has already cautioned me about knowing when and how to use those. Or periods.

Just say whatever you have to and I'll listen.

...sorry for the revert on Bill Shakespeare. That one's on me. Just put it out there in case someone thought Troi quoted him.

...and the "suicide" listing about her son, Ian Andrew Troi II. Even though I still believe that ending his life (as his continuing to grow up made the dangerous, contained plague also grow) counts as a suicide.

I've replied to this on your talk page, and appreciate the openness

Re:Your message to Mike - There is a discussion here which hasn't reached a definite conclusion yet, however seems to be going in the direction of new (alternate reality) pages for major subjects and page sections for more minor ones (same as Myriad and Mirror Universe data pretty much). --8of5 17:35, 10 May 2009 (UTC)

Check out the {{STO}} template for citing STO missions. Does all of the formatting automatically, and adheres the style/method we're using for all other citations. -- sulfur (talk) 13:45, March 8, 2013 (UTC)

Retrieved from "https://memory-beta.fandom.com/wiki/User_talk:TimPendragon?oldid=416551"
Community content is available under CC-BY-SA unless otherwise noted.