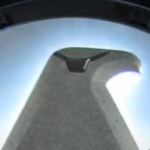 I'm back after a brief sabbatical. My number one piece of advice that I offer to others here is to "have fun". Somehow, I lost track of that myself. I was letting incredibly silly things upset me, and I had to take a step back.

Anyway, I'm back and will be contributing again as time (a precious commodity) allows. However, I will be staying away from "deletion" threads. Just consider me "Mr. Neutral". If a tie needs breaking, let me know, and I'll throw in my two cents, otherwise, I'm making like Switzerland. --Turtletrekker 03:40, 11 March 2007 (UTC)

Hey, welcome back!! Its good to have you around again (-: I think most of the problems we had back then have dicipated away, so hopefully we will never have anything like that again. --

Hey Turtletrekker, I don't wish to get all heavy on you here, and frankly I can understand your frustration with that particular anonymous user, but please could you refrain from hurling insults and swearing. Again I can understand your frustration, indeed I shared it after being labelled a Troll, but please try and tone it down. Thanks for your attention, and hope we can put this behind us. --The Doctor 09:03, 17 March 2007 (UTC)

I tend to agree, I took note of the "additions" just. Even though I don't normally agree with banning, in this case I feel we have no choice, as he has repeatedly ignored the purposes of this wiki. --Mr. Saxon 08:39, 3 April 2007 (UTC)

Turtletrekker - you created all of the Star Trek: Starfleet Academy pages (which look great by the way) so I am hoping you own the comics. Could you look at the title of #11? The page here (and at the Star Trek Comics Checklist) has it as "Judgement" and Memory alpha has the more common spelling "Judgment". Which is correct? Thanks. --Jdvelasc 08:03, 16 May 2007 (UTC)

Hey Turtletrekker, Stripey has brought up an issue regarding Ezri Dax's birthdate here, and I wondered if you could shed any light on the discussion. Thanks (-: --Dr. John Smith 21:45, 26 June 2007 (UTC)

I've noticed that some people refer to Romulans as Rihannsu in stuff that is unrelated to the Rihannsu books (like in Assignment: Eternity, which I changed). So I was wondering, should I go ahead and change those to references to Romulan (like I did for A:E)? The only I'm asking you specifically is because you contribute alot here, and I know you from the TrekBBS, not because I've seen you do this. – JDB 00:56, 26 November 2007 (UTC)

Hello Turtletrekker a quick question in regards to the (TNG novel: The Best and the Brightest) front cover it is a picture of the 6 main characters is there a way of getting the novel picture divided for each of the main 6 characters for their character boxes such as in e.g. Shenti Yisec Eres Ree on the cover of (TTN novel: Orion's Hounds). Mchenry 14:34 9 January 2007 (UTC)

Do you still have this image you photoshopped? According to Forum:Gerda supplemental approved image, referencing Memory Beta:Votes for approval of supplemental images/approved#Gerda Asmund, it's mysteriously not there. If not though, no biggie. 72.188.120.48 20:07, 22 March 2008 (UTC)

Hi Tt. Just to point out/remind you; you shouldn't set an image size on images using the thumb code as the site automatically resizes images to user preferences, while putting a specific size overrides that preference. If an images is especially tall you can also use the "upright" code so the site knows to take account for it's vertical dimension when resizing. --8of5 09:08, 25 May 2008 (UTC)

My problems with CaptainMike began before he even registered with MB. There were a few pages that were started by a then-anonymous user that, rather than have an actual entry, were merely links to "Captain Mike's Galacto-pedia". It pissed me off that someone, rather than actually contribute, was merely using MB merely for the purpose of pimping their own endeavour.

Hey, I loved your comments on TrekBBS where you admitted you didn't want me to sign up for Memory Beta because you didn't like my previous website. Too bad you deleted them once I responded.

Just so you know, I wasn't the anon who posted a bunch of crap from my site way back 7 years ago. Too bad you're still holding a grudge. Never tried to talk directly to me, did you. Just dragged it out, badmouthing me on TrekBBS, kept the anger towards me flowing. Nice. -- captainmike

Wow.
I DID delete some wordage after considering that it was in poor form to continue the discussion on the BBS, but the ONLY time that I referred your joining, which you yourself quoted here, was not part of it. That post is still there. I never said that I "hated" you or that "I didn't want you to join". Those are your words, not mine.

As for "badmouthing" you? "Keeping the anger flowing"? "Holding a grudge"? Check again. I was telling people NOT to badmouth you. All I did was say that you (more accurately, your attitude toward me and others) was the reason I left.

As for the Galact-pedia thing, well, if that wasn't you, then I do apologize for that. I have to say that it seems unlikely to me that someone other than Captain Mike would post links to "Captain Mike's Galacti-pedia" (sort of like how Vorta Expert tried to say that he wasn't the one who deleted several articles, it was some one else using the same computer), but I will now take your word for that.

I never talked to you about it, because ultimately it wasn't a big deal. Honestly nothing here is that big a any kind of big deal. It made me mad for a little bit and I let go of it. The politics of this place are excruciating.

Sorry then -- i found you front and center in a trash session of people too cowardly to approach me with their concerns -- I find it funny to imagine all the times over the years everyone's gotten together and had a few laughs at my expense on the BBS while i carried on the role of 'odd man out' here... too bad, we all have similar interests -- if anyone had made an effort to communicate with me honestly, i might have been a friend...

it really does speak a lot to politics... the fact that the politics have excluded me but left me as frequently the sole person willing to visit the site and been willing to make an honest edit, and even gotten nominated to take over as others left

My old site remained up as an archive until very recently and was very much linked to when it was taken down. By the time I joined Memory Alpha though, i had largely stopped editing it. Someone must have liked it, no matter how unlikely that seems to you. Since i was already an established admin on MA at the time this wiki started, I have to say that i wouldn't have wasted my time reiterating that old fan fiction encyclopedia here.... -- captainmike

Retrieved from "https://memory-beta.fandom.com/wiki/User_talk:Turtletrekker?oldid=616316"
Community content is available under CC-BY-SA unless otherwise noted.