For other uses, see Warped.

2369
Warped is a Star Trek: Deep Space Nine novel by K.W. Jeter. It was published in 1995 in hardback with a paperback version following in 1996. The novel was adapted into an audiobook that was narrated by Rene Auberjonois.

Warped is the first Deep Space Nine hardcover and the eleventh in an unprecedented series of epic Star Trek hardcovers—a series of national bestsellers that has included recent smash-hits like The Original Series novel Sarek by A.C. Crispin and The Next Generation book Dark Mirror by Diane Duane.

Highly respected science fiction novelist K.W. Jeter concocts a gripping tale that pits Commander Sisko against the most dangerous foe he has ever faced. As the story opens, political tensions on Bajor are once again on the rise, and the various factions may soon come to open conflict. In addition, a series of murders on the station have shaken everyone on board. While Security Chief Odo investigates the murders, Commander Sisko finds himself butting up against a new religious faction who plan to take over Bajor and force the Federation to leave Deep Space Nine.

Odo soon traces the murders to a bizarre and dangerous form of holosuite technology—a technology that turns its users into insane killers and that now has Commander Sisko's son Jake in its grip. As the situation deteriorates on Bajor, Sisko learns that the political conflict and the new holosuites are connected. They are both the work of a single dangerous man with a plan that threatens the very fabric of reality.

The plot is darker than anything Sisko has faced before, and to defeat it, he must enter the heart of a twisted, evil world that threatens to overtake the station. It's a world where danger lurks in every corner and death can come at any moment—from the evil within Sisko himself, from his closest friends, or even at the hands of his own son. 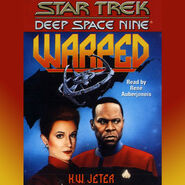 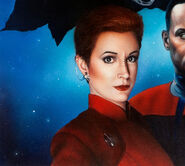 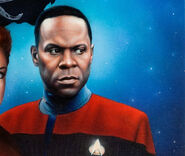