n.a. / n.a.
Waypoint, Issue 6 was the sixth and final issue of the Waypoint series published by IDW Publishing in honor of Star Trek's 50th anniversary.

Nurse Chapel questions whether or not to continue her medical training until a shuttle incident prompts her to make decisions that will forever change her future. In the second story, Captain Kirk is forced to work with the Romulans after a biological weapon is unleashed, with unexpected - and surprising - results.

"Welcome back to Waypoint and our continued look at new and interesting angles of the Star Trek universe. For our final issue, we've got two stories about how sometimes the monsters in front of your eyes are not the ones you need to be afraid of. In our first yarn, set in The Original Series timeline, Nurse Chapel finds herself caught between a biomedical disaster inside a crashed ship and the hostile alien beings outside of its walls. In the second story, set in the Phase II timeline, Captain Kirk must come to the aid of a Romulan ship that's been attacked, but nothing can prepare for the horrible secret lurking it corridors. Dare you face these mortifying monstrosities? We sure do hope so!"
—Group Editor Sarah Gaydos[src] 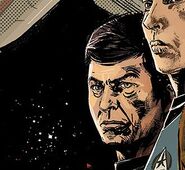 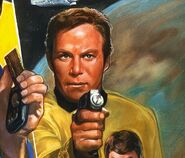 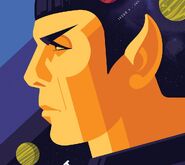 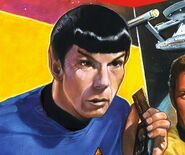 Xon.
Add a photo to this gallery

Retrieved from "https://memory-beta.fandom.com/wiki/Waypoint,_Issue_6?oldid=727343"
Community content is available under CC-BY-SA unless otherwise noted.