What's Past Is Prologue

"What's Past Is Prologue" was the 13th episode of Star Trek: Discovery in the show's first season, first aired 28 January 2018. 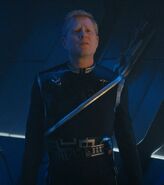 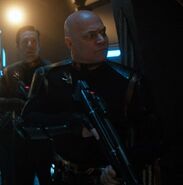 Retrieved from "https://memory-beta.fandom.com/wiki/What%27s_Past_Is_Prologue?oldid=725131"
Community content is available under CC-BY-SA unless otherwise noted.