Chatalia… a fantastic artificial world, inhabited by furry winged creatures with awesome powers. Here Kirk, Spock and their Enterprise mates, trapped, face terrifying death. And if by some miracle they escape, they will confront the roving killers of the dread Klingon Empire!

The Enterprise encounters a generation ship during a routine survey mission. Nothing beamed in can be beamed out again, and the ship draws energy from anything near it, while the race of humanoids within debates what to do with their captives.

The USS Enterprise is on routine patrol in Sector 3 when she discovers a Dyson sphere-like spacecraft traveling through the area. James T. Kirk and associates immediately beam into this vessel, Chatalia, where trouble ensues between the Starfleet personnel and the inhabitants. It is soon determined that they cannot transport back to the ship, but can continue to receive supplies and personnel. The landing party is captured by flying squirrel-like people carrying spears and slingshots. A local magician arrives and determines that the Starfleet personnel are actually Klingons and should be dealt with accordingly. In orbit, the Enterprise discovers an ancient Klingon ship crashed in the surface hull of Chatalia. A boarding party to this ship discovers a log indicating that the Klingon ship was trapped, with the warriors beaming into Chatalia to die in combat, leaving the priests on the ship.

Inside Chatalia, Kirk and company escape, take two hostages and proceed to make their way to the magician's island with the intention of seizing control of Chatalia to save the Enterprise and themselves from joining in the Klingon's fate. A crewman notes Kirk does well in a primitive environment, to which Kirk reveals his father was a town mayor on Earth who ran on the Back-to-Earth ticket. To qualify for this political organization, young Jim Kirk had to do the primitive farming his father was too busy for. As their journey progresses, the body count rises significantly, with piles of local dead surrounding the landing party. When a crewman suggests it would be more humane to simply beam down a portable disruptor field, Kirk reminds him that General Order One forbids this. On their trip, the crew become aware that the locals believe in reincarnation, and will kill themselves on a whim of a magician. The crew learns quite a lot about Chatalia from one of their hostages before he is ordered to die for having heard too much from the Starfleet crew.

The IKS Korezima hears the Enterprise SOS and arrives with the intention of killing everyone for the glory of the Empire. Kirk beams down a member of his crew familiar with low gravity flying, and the remainder of the journey is accomplished in the air. The crew member laments that they cannot fly nude as is customary on Luna. The entire crew beams down to a location in Chatalia, leaving Montgomery Scott alone on the ship. Uhura leads the crew in shooting even more locals.

Kirk and Spock are again captured and taken to the "leader" of Chatalia who tries to eat Spock, spits him out, and explains that all the people Kirk has seen, spoken to, and killed were actually just part of itself, and therefore inconsequential. It professes a desire to eat Klingons. The Klingon commander beams onto the Enterprise, is captured by Scotty, and they then begin drinking. The lone "Chatalian" offers to release the Enterprise and crew provided the Klingons beam down to be eaten. The Klingons rejoice at a chance to die in battle, and the Enterprise continues on her travels.

2019
The generational ship Forty Families departs Earth and is never heard from again. (Referenced in Chapter 1)

stardate 7502.9
The USS Enterprise encounters Chatalia, a Dyson sphere-like structure traveling through space on an extremely long journey. James T. Kirk and associates transport inside Chatalia only to discover they cannot transport back out. The local population is less than helpful, believing the Starfleet men to be Klingons. (Chapter 1)

stardate 7505.2
The Enterprise discovers it has become ensnared in a trap on the outer surface of Chatalia that had previously doomed an ancient Klingon ship. The IKS Korezima seeks to destroy everyone involved. Kirk discovers that the entire populace of Chatalia are actually parts of a single organism that loves to eat Klingons. The Enterprise is released as the Klingons happily charge to their deaths. 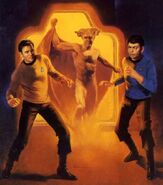 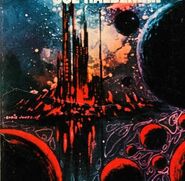 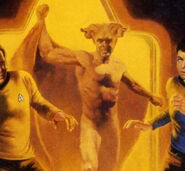 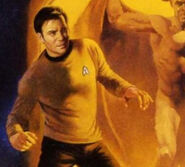 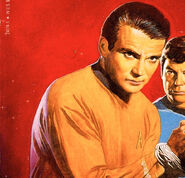 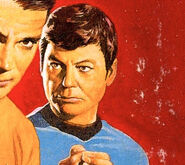 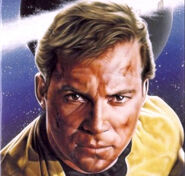