Their journey has taken them to the edge of the known universe and beyond. They’ve faced down impossible odds, conquered incredible enemies, and now, here in the shadow of home, their mission will come to an end… and nothing will ever be the same. The crew of the Enterprise will put it all on the line in the grand finale of Star Trek: Year Five from showrunners Jackson Lanzing & Collin Kelly (Gotham City Garage, Green Arrow) and artist Stephen Thompson (Satellite Falling, Die Hard: Year One).

With but a moment's hesitation as his mind flashes back to his beginnings and the impact he's had on the universe, Gary Seven fires on James T. Kirk, ready to kill him before the historic five-year mission can ever commence. To Seven's shock however, the Kirk he just left behind arrives and saves his younger self. Thwarted, Seven falls back to when Kirk was instructor at Starfleet Academy but Kirk is there once again to protect his younger self and Seven disappears into time once again.

On the edge of Sector 001, the USS Enterprise finds herself dwarfed by the Tholian shardship, which demands surrender. Appealing to logical, Spock speaks to the Tholian High Council. The United Federation of Planets and the Tholian Assembly are strangers by any stretch of the definition. As such, this war is based not on fact, but on fear, a fear stoked by Aegis and fed on a diet of misinformation and half-truths. Willful ignorance, Spock says, is the greatest poison of all. But he has the antidote in the form of Bright Eyes who can tell the High Council of their experience aboard the Enterprise.

Beamed before the leaders of their race, Bright Eyes speaks of their time away from the larger Tholian race. Though the elders are convinced of the superiority of the ageless culture and perfect consonance of the Tholian race, Bright Eyes has seen things through organic eyes and how the limitation of the organic drives those made of it towards discovery and understanding. The Federation is alien, but it does not offer a threat. It offers inspiration.

In San Francisco, Renei has distilled herself to the core of Originalist philosophy, proposing large scale atmospheric detonations to drive off the Tholians and will certainly leave the core worlds with a fighting chance. Though Leonard McCoy is only there in an advisory capacity, he passionately tells the President of the United Federation of Planets of all the bizarre cosmic horrors that the Enterprise has faced over the past five years. And not once did they solve those problems with nuclear weapons. And to prove McCoy right, an aide enters to inform them that the Tholian fleet has stood down. With a smile, McCoy congratulates the "hobgoblin".

The Peace Mission to Axanar in 2255, San Francisco in 2252, Tarsus IV in 2245, Iowa in 2235. All key moments in the life of James T. Kirk, and all defended by the man himself against an increasingly desperate Gary Seven who cannot even understand how Kirk is time travelling. At wit's end, Seven realizes that he must go back even further. To before the beginning.

Aboard the USS Kelvin in 2233, Seven beams into the warp chamber where Kirk is waiting him. His rage finally erupting, Seven throws himself at Kirk for killing Isis, cursing that the entire galaxy has to bend to Kirk's obsession with the command chair. And in that moment, the two men understand each other. Neither of them have anything left but their mission. A mission that is as good as over. Reflecting, Kirk notes that in choosing to defy the cage of the Kirk family, he has built himself one aboard the Enterprise. He will never know his son, he will never stop thinking of what he would have done in the next crisis and never know how his friends will grow. The chair, Kirk understands now, was a stasis bubble, one that must finally burst. Their best days are behind them. It is time to move forward.

Standing down, Seven asks how Kirk managed to follow him and how he knew exactly what to say. Well that was quite easy for Kirk. Seven presented him with a no-win scenario. And there isn't a no-win scenario that Kirk can't cheat his way out of. Revealing a servo, Kirk takes the two back to when Seven first time travelled back to 2265. To the exact moment. Kirk is from slightly in Seven's future and the servo comes from Seven's future self. Showing them their past counterparts, Kirk tells Seven that he must close the loop by giving the minutes younger captain his own servo and instruct him on exactly what to do.

Recording his final captain's log, Kirk reflects on the end of the road. The Tholians, inspired by Bright Eyes, have retreated, taking the youth with them as an interim ambassador. Though Bright Eyes hopes to return to Starfleet Academy one day, for now they will impart Spock's message onto their people "Fear is a poison one feeds oneself." A lesson that Kirk hopes will be remembered in the upcoming election. But knowing that some twisting of events will find itself to the public's ears, Kirk can only hope that the better angels win out and that the Federation faces the future with hope instead of fear. As for Gary Seven, he has submitted himself to Starfleet Medical who are confident that they can reverse what Aegis did to him and allow him to live a real life within a year. As for the Enterprise crew, they are heroes, receiving the highest praises and empty duty rosters on which to write their own destinies. And as for the nearly totalled ship herself, she will be put into spacedock for a long overdue refit to bring her up to modern standards.

Leaving the bridge for the final time, Kirk again offers Spock the chair. But again Spock refuses. After all, he saved the galaxy on his first day. The rest of his captaincy would be quite a step down. As they leave the bridge, Spock notes that most of their friends are being transferred across the Federation to new posts. With a few days left until they join them, Kirk invites Spock to Iowa for some relaxation. As the bridge lights shut off for the last time, the two friends go on to the rest of their lives. 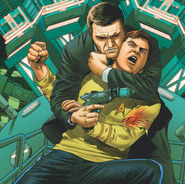 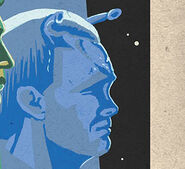 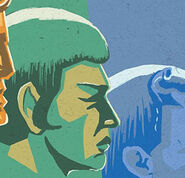 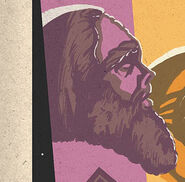 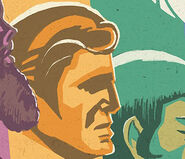 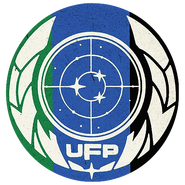 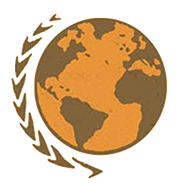 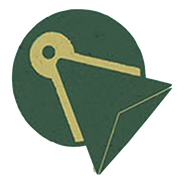 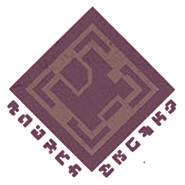