The five-year mission may be over, but now it's time for the next adventure to begin. Join the crew of the USS Enterprise for the end of an old chapter and the beginning of the new in this special oversized epilogue from the entire Year Five series writing team that bridges the gap between the end of the five-year mission and the beginning of Star Trek: The Motion Picture.

In a shuttle descending from the Tholian flagship, a fully grown Bright Eyes reflects on their journey as they emerge onto Lloyd-Zeta 9. Once a shattered city, it now rises again as a joint settlement between the United Federation of Planets and the Tholian Assembly, a colony dubbed "Enterprise colony". Marvelling at the sight of Humans and Tholians working together, Bright Eyes enters the office of Admiral James T. Kirk, still somewhat confused that he and not a local diplomat has been put in charge. With a smile, Kirk reveals that he has some pull with President Areel Shaw but notes that he will be called back to Earth once the colony is self-sustaining. After noting that Kirk has warmed up to his home planet, Bright Eyes asks what became of the rest of their friends.

Spock was, as ever, true to his word and resigned from Starfleet, returning to Vulcan for Kolinahr. Hikaru Sulu and Pavel Chekov have quickly found themselves back in danger, held prisoner by an old acquaintance of Chekov's Denis, when they beamed into a poverty stricken, money using part of Russia that supported the Originalists. After more banter, the situation is diffused and Chekov promises to bring his kinsmen's concerns to the powers that be. Sulu meanwhile has struck up a relationship with the third prisoner, Susan Ling.

On a farm in Georgia, Leonard McCoy receives a call asking if he would consider continuing his role as chief medical officer when the USS Enterprise has finished her refit. Glancing at the calendar, McCoy declines. There's a nurse who is long overdue for a promotion. Fondling a pocket watch, McCoy solemnly wishes Joanna a happy birthday and notes that he may visit her next year.

And Montgomery Scott is right where he wants to be, overseeing the Enterprise's refit. As he sips some nearly passable synthehol, he is visited by Nyota Uhura. As the two reminisce about their adventures, Uhura's tone turns sultry. With a peck on the cheek, she invites Spock to a restaurant in Lagos and reveals that her first name is "Nyota". Regarding the Enterprise, Scotty notes that the old girl has some competition for his heart.

Finishing his tale, Kirk notes that that just leaves them two. Though Kirk makes another attempt to have Bright Eyes return to Starfleet Academy, the ambassador denies. Their experiences from the Enterprise carry them to ensure that peace between their people and the Federation continues. And under the blessings of both the President and the Tholian Elders, the two unlikely frontiersmen sign the treaty before Kirk beams away. Knowing that they will never see their old captain again, Bright Eyes notes that while the Tholians, ageless and consonant, have quickly adapted to their new status quo, the human adventure is only just beginning. 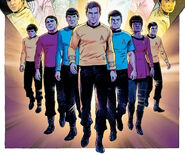 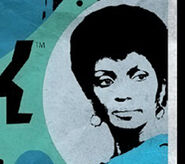 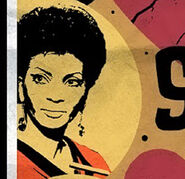 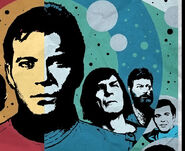