6314.9
Year Four, Issue 1 was the first of a six-part comic book miniseries written by David Tischman and published by IDW Publishing in 2007. The story took place during the fourth year of the five-year mission of Captain James T. Kirk aboard the USS Enterprise.

Captain James T. Kirk and the crew of the Enterprise discover the Strand, the multi-planet construct of a dead civilization, run by a brilliant genetic scientist who's obsessed with repopulating it. When Kirk discovers the scientist's secret, his creations revolt, forcing Kirk to make a hard decision and pushing the Enterprise into the crossfire!

Captain's log, stardate 6314.9. The Enterprise has encountered a planetary mass of immense size. High levels of radiation, toxic pollutants, and climatic devastation have made all but one of the planets uninhabitable… We are beaming down to investigate.

The landing party met Doctor Othello Beck, a renowned geneticist who spent 12 years finding an advanced genetic engineering laboratory on The Strand after hearing about it on Bajor. Using purchased genetic samples, he'd created a variety of B'Nai genetic hybrids, including one which looked like a werewolf that killed security officer Alonzo. His goal was to cure his Vulcan wife's Logan's disease.

Distraught upon discovering this secret, the B'Nai launched nuclear missiles at the Enterprise and detained the landing party. Beck then destroyed his creations and committed suicide. 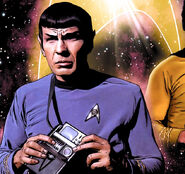 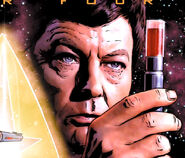 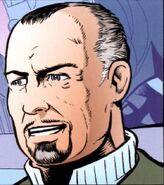 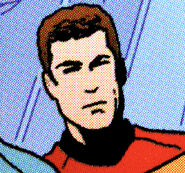 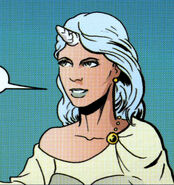