6372.2
Year Four, Issue 2 was the second of a six-part comic book miniseries written by David Tischman and published by IDW Publishing in 2007. The story took place during the fourth year of the five-year mission of Captain James T. Kirk aboard the USS Enterprise.

During a routine visit by the U.S.S. Enterprise to Aarak 3, a major supplier of dilithium to the Federation, an attack on the royal palace reveals a group of zealots who resent the Federation's intrusion and desire a return to "the pure ways" of the ancestors. Captain Kirk must figure a way to prevent the zealots' coup while not violating the Prime Directive.

Captain's log, stardate 6372.2. The Enterprise has made a detour on its way to Starbase 14, stopping to replenish our supply of dilithium crystals at Aarak III – where King Marat has accepted gifts and technology in exchange for Federation mining rights. The planet has one of the galaxy's largest supplies of dilithium – the only substance powerful enough to fuel a starship engine.

Marat and Princess Sharday shared a glass of ice wine with a landing party from the Enterprise at their palace. Two Traditionalist suicide bombers broke into the room, but Kirk knocked the bomb away and Leonard McCoy pitched it outside of the building before it blew up. It was the rebels' sixth attack on the government in less than a year as they continued to push for an end to the Federation's mining agreement.

Aboard the Enterprise, Sharday personally installed a new crystal in the engine room with Montgomery Scott. She offered to show him intermix adjustments that would improve the engines' efficiency and made minor adjustments to the plasma flow, but secretly tried using a bad crystal to blow up the ship. On the surface, Kirk spoke with one of the suicide bombers, discussing aspects of the Prime Directive, but a guard sided with the rebel and released him. Together they abducted Kirk and tried to blow him up in a dilithium mine.

While both sides failed in their plots, they did manage to wreck their mine, giving both sides plenty of time to decide the planet's future for themselves.

2268 or prior
The Federation negotiated a dilithium mining agreement with Aarak III, exchanging gifts and technology with King Marat.
2268 or prior
Traditionalist rebels on Aarak III began using terrorism to end the mining agreement, with escalating violence lasting at least one year.
2269
En route to Starbase 14, while encountering an ion storm the Enterprise blew out at least one dilithium crystal, then diverted to Aarak III for resupply.
Stardate 6372.2
The USS Enterprise arrived in orbit of Aarak III. 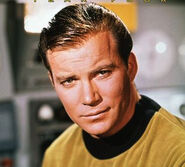 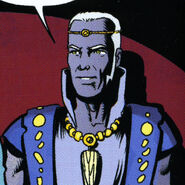 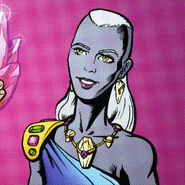